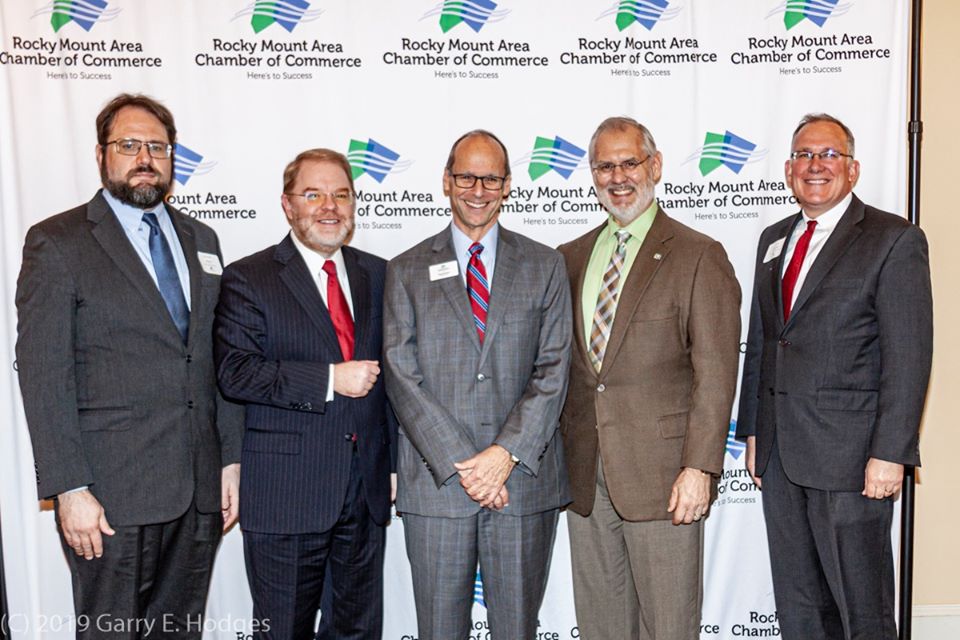 The chief economist for the PNC Financial Group told the Rocky Mount Area Chamber of Commerce’s economic summit his forecast for next year is continued expansion nationwide, although not at the same current pace.

Faucher said the nation’s economy is growing at a rate of roughly 2 percent a year, which is down from roughly 3 percent a year in 2018.

Faucher told the gathering the United States presently is in the midst of the longest expansion in the nation’s economic history, which he attributed to the housing market being well-balanced and consumers being in good shape financially at this point.

“And so, I don’t see the trigger out there that would cause the next recession from within the United States,” Faucher said.

Faucher said there are concerns about geopolitical issues, including the ongoing trade tensions between the United States and China, slowing economic growth worldwide and the Brexit situation in the United Kingdom.

The latter is a reference to the wrangling within the United Kingdom about how to pull out of the European Union.

Faucher said, however, that in the U.S. economy, the economic fundamentals look quite solid.

“And given that, I expect that the current economic expansion will continue at least through the first half of 2020, if not into 2021,” Faucher said.

Faucher said the biggest positive for the nation’s economy is a strong, tightening labor market and that as a result, employers are increasing pay levels.

He said depending on what measure one looks at, wages are up about 3 percent over the past year, while inflation is at only about 1.5 percent.

Additionally, he said he believes another factor that will support economic growth next year is the upcoming presidential election.

Read more on this article by clicking here.