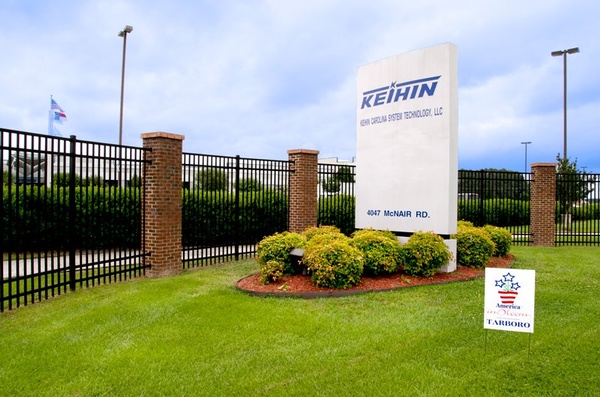 Keihin Carolina System Technology LLC, which has operated in Tarboro since 1998 and employs more than 400 people, is one of three Honda-owned businesses that will be merged with Hitachi Automotive Systems to create a components supplier with almost $17 billion in sales.

The merger was reported last week in The Mainichi, Japan’s national daily newspaper.

Under the agreement, Honda Motor Co. said it will combine Keihin Corp., Showa Corp. and Nissin Kogyo Co. with Hitachi Automotive Systems. Once completed, electronics giant Hitachi will own two-thirds of the new business with Honda owning the rest.

A timetable for the steps hasn’t been determined, Honda and Hitachi said.

Multiple calls to Keihin offices were not returned Thursday or Friday and there has been no indication of what changes, if any, might occur at the McNair Road facility.

Keihin Carolina System Technology has long been an active member of the community, from its name being on the auditorium in the Fleming Building at Edgecombe Community College to its partnering with local schools and sponsoring of community activities.

Hitachi and Honda said they are creating the new company “to boost competitiveness amid a multitude of challenges and opportunities created by the emergence of autonomous and electric vehicles.”

The Mainichi said the plan is in response to the intensifying race to develop next-generation technologies for so-called CASE — connectivity, automation, sharing and electrification — applications.

TWIN COUNTIES RECOGNIZED IN BUSINESS NORTH CAROLINA
We are very excited for the Twin Counties to be recognized in the latest edition of the Business Nor...
GOVERNOR COOPER AND CORNING INCORPORATED STRIKE AGREEMENT TO BRING 428 NEW JOBS TO NORTH CAROLINA
Corning announces hundreds of new jobs in Durham, Edgecombe from WRALTechWire on Vimeo.   ...
WELLS FARGO CONTRIBUTES SIGNIFICANT DONATION TO THE CAROLINAS GATEWAY PARTNERSHIP
Rocky Mount NC - Wells Fargo has once again renewed its support of the Carolinas Gateway Partnersh...