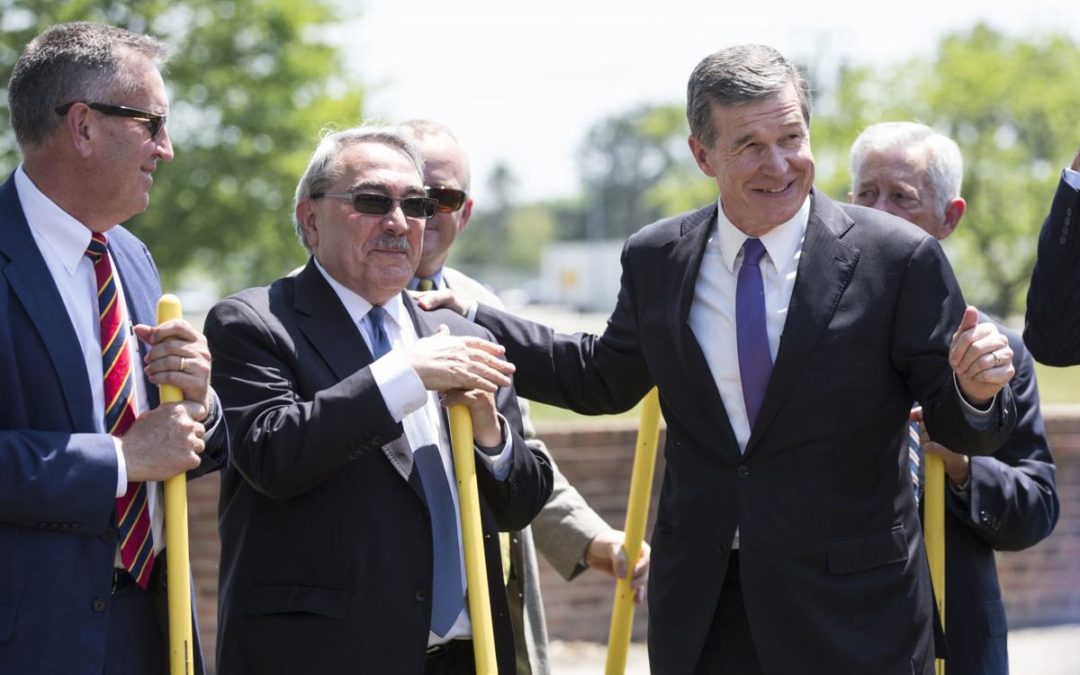 Gov. Roy Cooper and scores of other VIPs and residents gathered on a sunny and humid day on April 24 on the lawn of N.C. Wesleyan College for a ceremony signaling the start of construction of the future CSX intermodal rail facility.

Cooper was the keynote speaker and he and fellow officials eventually turned ceremonial dirt placed near the podium. The facility is being built in what was an open area in the distance across U.S. 301 from N.C. Wesleyan and on the Edgecombe County side of the railway line.

The future CSX facility will be a place for freight trains to arrive, with the freight to be off-loaded onto other trains or trucks for distribution.

The gathering in April was one of quite an impressive list of business-related developments in 2019 in the Rocky Mount area.

The area particularly secured a public relations coup with the Council of State’s 10-0 vote on March 5 for a proposal to shift the state Division of Motor Vehicles headquarters from Raleigh to the former Hardee’s Food Systems building. The large vacant structure is along Church Street and just off U.S. 64.

The General Assembly required a process for relocating the DMV from the present headquarters along New Bern Avenue in the capital city because of health and safety issues beyond the state’s control.

There was an effort by Wake County state House members to tack on an amendment to a bill to shift millions of dollars for the relocation of the DMV headquarters to Nash County to the state Division of Highways Maintenance Fund. That effort failed 63-52.

State Rep. James Gailliard, D-Nash, said what happened on the House floor was an “11th-hour scare” but that the relocation of the DMV headquarters is “absolutely” a done deal.

Cooper on Dec. 18 signed the lease for the location, sealing the deal on what had been the most competitive of 10 site proposals.

Not all the developments in the Rocky Mount area were as massive, but they were significant.

Read more on the article by clicking here.