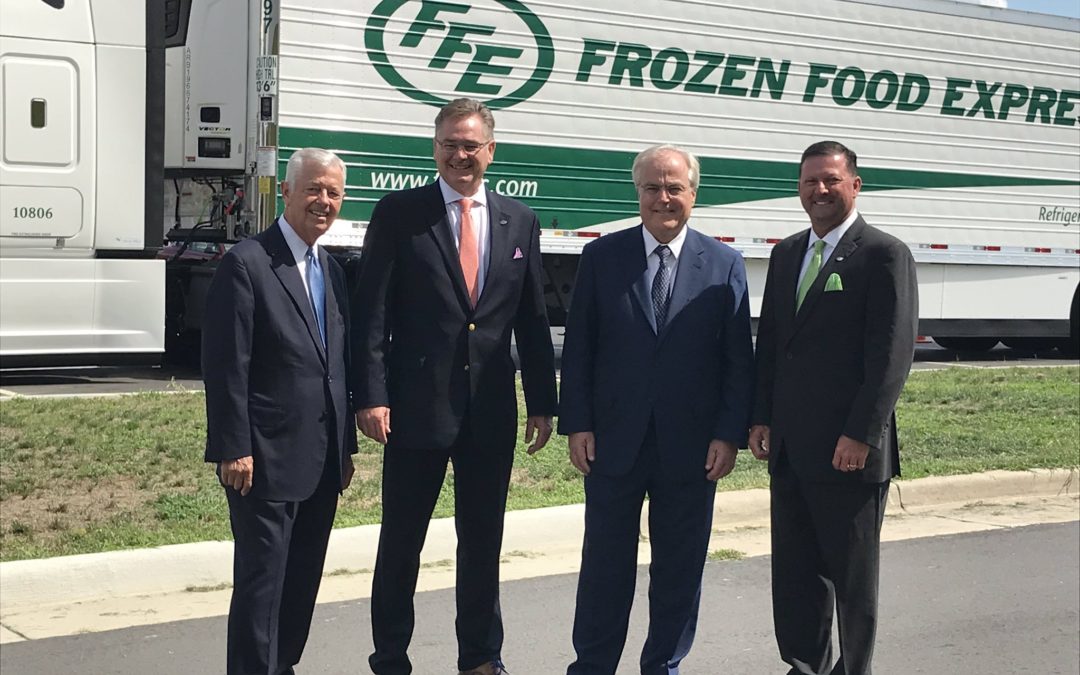 “More and more companies are choosing North Carolina for their operation,” said Governor Cooper. “They are looking to invest in a community with a steady pipeline of talent, the right location and a great quality of life. I know first-hand that Rocky Mount could not be a better fit for FFE.”

“We are very excited to strategically expand our network into the Mid-Atlantic region.  This expansion will provide better service to our customers,” said Nick Cook, Vice President of Operations for FFE Transportation Services. “This project expands FFE’s footprint to reach a new group of talent that can grow with the organization.  The Rocky Mount service center will be a beautiful place that our drivers will feel good about calling home.  The location was a huge factor, but the assistance from the state of North Carolina made this an easy decision for us.”

“Location is a determining factor for transportation companies that decide to do business in North Carolina,” said North Carolina Commerce Secretary Anthony M. Copeland. “Rocky Mount is prepared with the infrastructure and skilled workforce for FFE’s future success.”

The North Carolina Department of Commerce and the Economic Development Partnership of N.C. (EDPNC) led the state’s support for the company’s decision.

Although wages will vary depending on the position, the average for all new positions could reach up to $51,356. The current average annual wage in Nash County is $39,515.

FFEs project in North Carolina will be facilitated, in part, by a Job Development Investment Grant (JDIG) approved by the state’s Economic Investment Committee earlier today. Over the course of the seven-year term of this grant, the project is estimated to grow the state’s economy by $60 million. Using a formula that takes into account the new tax revenues generated by the new jobs, the JDIG agreement authorizes the potential reimbursement to the company of up to $760,000, spread over seven years. State payments only occur following performance verification by the departments of Commerce and Revenue that the company has met its incremental job creation and investment targets. JDIG projects result in positive net tax revenue to the state treasury, even after taking into consideration the grant’s reimbursement payments to a given company.

“FFE Transportation Services’ investment is a win for everyone,” said N.C. Representative James D. Gailliard. “Situated along I-95 and armed with a ready workforce, Rocky Mount is ready to support their new operation.”