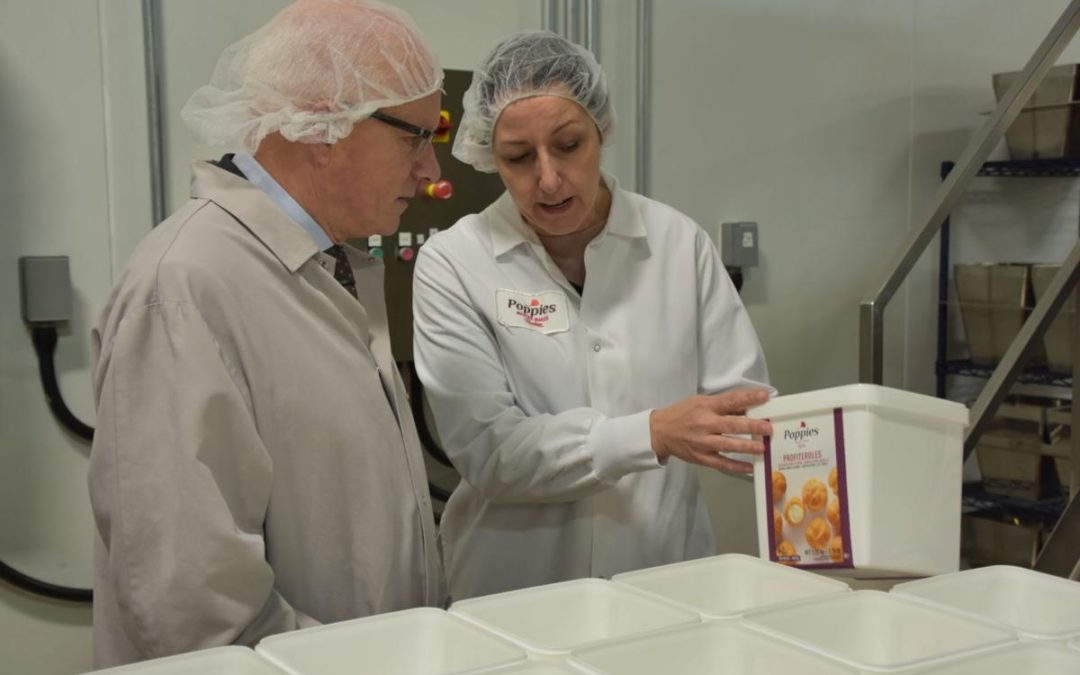 A combination of Belgian knowhow and innovation and Twin Counties area pride were on display for Belgium’s ambassador to the U.S. on Monday afternoon.

Dirk Wouters was in northern Nash County to tour the Belgian-based Poppies dessert factory in the Whitakers Business & Industry Center.

Poppies is working to complete a $7.5-million expansion and upgrade of the Nash County plant, which opened in 2001 and is just southeast of the Interstate 95-Gold Rock interchange.

The plant employs approximately 90-95 people. And Poppies in the future plans for the plant to begin manufacturing coconut macaroons.

Wouters was quite impressed after the tour, telling the Telegram, “I think that this plant is very well organized, very professional.”

Wouters said he particularly noticed quality control is integrated into the work of the employees.

“It’s not a separate parallel business or activity — and also of course what strikes us is the degree to which everything is already automated,” Wouters said.

He said while automation plays a big role in American manufacturing, he noticed the work in the Poppies plant was being done in a way not to exclude human labor.

And he said he was certainly happy to see Poppies is continuing to invest in the plant.

Read more on this article by clicking here.