For Acme United, a ‘Can-Do’ Spirit Led to Rocky Mount 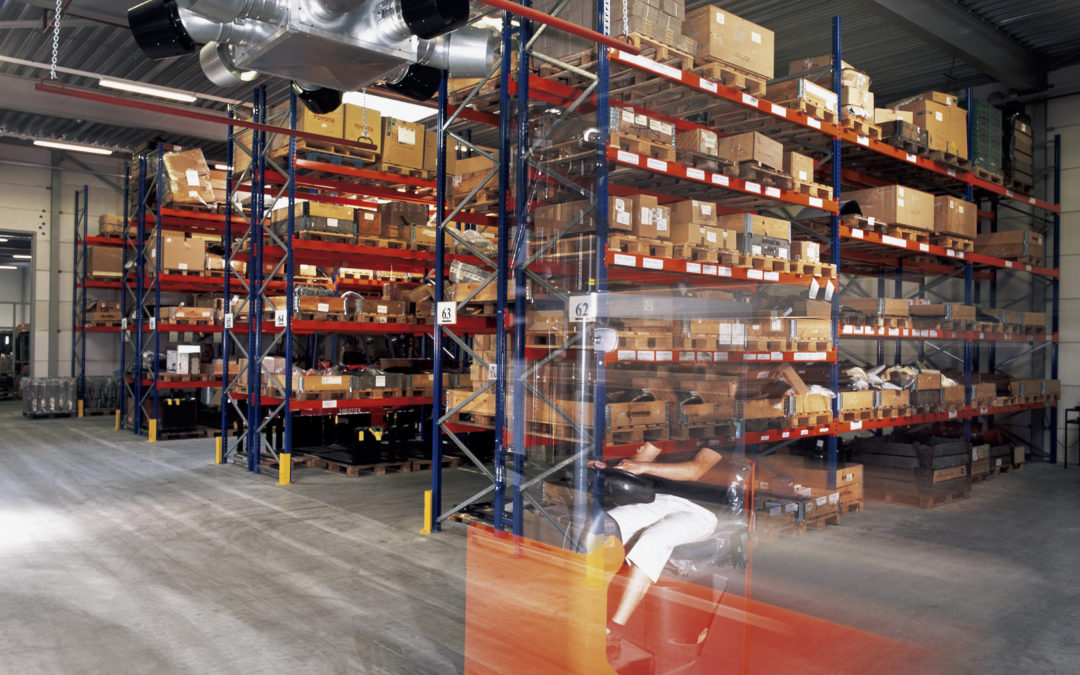 As the seasoned CEO of a publicly-held company, Walter Johnsen is adept at overcoming technical obstacles that stand between his business and its expansion strategy. In 2013, as he and ACME United Corporation sized up a vacant Rocky Mount furniture warehouse, the supportive nature of local and state leaders quickly became evident. “It was an abandoned building surrounded by grass about two-feet high,” recalls Johnsen, chairman and CEO of the Connecticut-based company.

Getting the grass cut at the 33-acre site wasn’t a problem, and the company – after considering rival locations in other states, as well as China – soon closed on the property for $2.8 million and began investing another half million dollars in its up-fit. When a prominent city official realized the 340,000-sq.-ft. building lacked an adequate sewer line, he offered to have one put in. “Mayor [David] Combs did that in a heartbeat,” Johnsen says. “He said he would, and he did it.”

ACME United [NYSE: “ACU”] is a global supplier of cutting devices, measuring instruments and safety products for schools, homes and offices. The company can trace its corporate roots to an 1867 shear and scissor shop in New England. These days, its global sales total $130.5 million. The Rocky Mount location assembles and distributes products under the Westcott, PhysiciansCare and Clauss brands to retail buyers that include Home Depot, WalMart, Costco and Amazon. The company’s arrival to Edgecombe County came amid rapid growth that made the modest operations it had long maintained in Fremont inadequate. In addition to having the right-sized building at the fair price, ACME’s existing employees could make the 40-minute drive to Rocky Mount.

“We like the way North Carolina treats us,” Johnsen says, citing support from the Carolinas Gateway Partnership and the N.C. Department of Commerce, in addition to the assistance received from the Mayor’s Office. “It’s a can-do business environment and a great place to work.” In some states and provinces where the company operates, seemingly simple tasks like getting a building permit to change an office configuration can drag on for months. “But our experiences in Rocky Mount have been good – very good,” says Johnsen. “That makes a difference.”

The company employs about 100 workers on average at its Rocky Mount location, but that number can swell to 150 during summers as ACME moves product out in time for back-to-school season. “Right now, we’re at the busiest part of the year,” says Human Resources Manager Vernetta Gupton on a mid-June day. The company recruits through area temp agencies. “When we have full-time openings and those candidates meet the requirements, they can compete for permanent positions,” explains Gupton. ACME also partners with local colleges for student workers during summers. “We’re happy with the workforce here and happy to provide people in this community with job opportunities.”

Gupton, a Rocky Mount native, recalls a time when textiles flourished in the region and “the economy was a little better.” Globalization began taking its toll in the early 2000s, with companies and people leaving. “But since then the area has been in an uptrend,” she says. ACME’s success here, along with the arrival of new names like Corning and Triangle Tyre, have given her and other longtime residents cause for optimism. “We’re heading in the right direction with companies and businesses moving here,” Gupton says. The area offers a strong quality-of-life, she adds, especially when it comes to healthcare. In addition to its own excellent medical center, Rocky Mount is within easy reach of large teaching hospitals both in Greenville and the Triangle, Gupton points out.

Serving both domestic and international buyers, ACME United’s Rocky Mount facility is the company’s primary distribution and warehousing center. “Proximity to I-95 and the Port of Virginia was something we needed,” says Ben George, vice president of distribution at ACME. The site receives raw materials from both U.S. and foreign suppliers — assembling and packaging its products under the various ACME brands for shipment throughout North America and abroad via ports in Norfolk and Florida. Beyond the seasonal spikes, demand for the company’s school supplies business is largely impervious to recession. “We’re diversified enough to avoid cycles in the market,” George explains.

The company shows its support for communities in the Twin Counties – most notably, by giving thousands of dollars’ worth of its own school supplies to area schools. “We donate quite a bit of product every school year,” says George. The company also engages the community through it work with the Rocky Mount Area United Way, the Boys & Girls Clubs of the Tar River Region and other local charities.

Johnsen, who is based at ACME United’s Connecticut headquarters, sees the company’s Rocky Mount footprint growing larger and more important. “It’s really only beginning right now,” he says. “The importance of that site is very real.” He is especially excited about plans for the Carolina Connector (CCX), the rail-to-highway freight transfer hub being developed by CSX Corporation less than three miles away. “Intermodal is a very important thing for us,” Johnsen says. CCX would cut shipping costs and delivery times significantly for ACME. Since 2013, “our business has grown substantially,” he adds. “We’ve got 33 acres to expand on, and there’s a real possibility we’re going to do that soon.”

CIFI SUCCEEDS WITH FOCUS ON HEALTHY EATING TRENDS
While North Carolina leads the nation in sweet potato cultivation, the crop has been something of an...
Economic interest Remains High In Edgecombe County
Written By John H. Walker "According to officials with Carolinas Gateway Partnership, there is a ...
THE HILLSHIRE BRANDS COMPANY TO CREATE 98 JOBS IN EDGECOMBE COUNTY
Wednesday, January 20, 2016 govpress@nc.gov Raleigh, N.C. -Governor Pat McCrory, North Carolina Com...